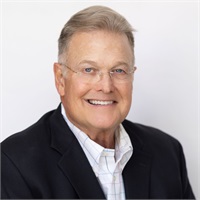 John Lindsey is a former apparel industry Senior executive who worked for key brands such as Oshkosh B' Gosh and Jantzen Sportswear. He was with Edward Jones for over 15 years beginning in 1996. His office in Simi Valley was among the top 3% volume offices in the country for Edward Jones. He served as Regional Leader for 65 Edward Jones offices in the south central coast and southern central valley region of California. He founded Lindsey and Lindsey Wealth Management, Inc. in 2012 to better serve his client base with an expanded universe of investment offerings.

Mr. Lindsey holds a Bachelor of Science and Master of Business Administration degrees from the University of Southern California. He studied and obtained his CFP® from the California Institute of Finance at Cal Lutheran University. Named a Limited Partner with Edward Jones in 1999 he also served as a General Partner from 2001-2006. He is a million dollar producer and has been a perennial attendee to the top producers Managing Partner's conferences. In 2010, John and his staff were named recipients of the very prestigious Peter Drucker award at Edward Jones. An award only given to the top 50 offices out of over 12,800 offices for the highest Client Service Excellences scores surveyed by J. D. Power.
He has been married to his wife Karen since 1980 and they have three lovely daughters; Christina, Alissa, and Jenna. He and his family attend Godspeak Calvary Chapel in Newbury Park. John enjoys spending time with his family, scuba diving, riding his Harley Davidson, hunting, and being deeply involved in the Ventura County, Conejo & Simi Valley communities (YMCA, Simi Valley Education Foundation, and United Way of Ventura County).

He is a past director of the UC Santa Barbara Economic Forecast Project in Ventura, Santa Barbara and San Luis Obispo counties; a past president of the Rotary Club of Simi Valley. He has been a past designee to the list of Who's Who in Business and Finance by the Pacific Coast Business Times. John is an active member of the Chamber of Commerce and a Leadership graduate. He serves on the board of the Simi Valley Free Clinic as its Secretary and is the Finance Chair and board member of the United Way of Ventura County.

Read more about what it means to be a CERTIFIED FINANCIAL PLANNER™ by clicking on the logo.

Read more about what it means to be a CERTIFIED KINGDOM ADVISOR® by clicking on the logo.